Photovoltaic systems or, as they are often called, solar power stations, are based on generation of electric energy from the solar energy, which delivers 15 thousand times more energy to our blue plant than we are able to consume. The possibilities for using this energy can vary according to the following conditions:

On the map of Europe, Croatia is generally one of the countries with comparatively better possibilities for exploiting the energy of the Sun. Of course, within Croatia, we can distinguish between more favorable and less favorable locations for building photovoltaic systems, depending on whether we are considering the country’s far north or south regions. The basic element of conversion of the solar energy into electric power is the photovoltaic module. If we focus on the crystal technology for creating photovoltaic modules, we can be more precise and say that the basic element of the module is a cell. Cells can be roughly classified into monocrystalline and polycrystalline cells by the production method and the crystalline structure. The question of which technology is better is often raised, and each has its comparative advantages and disadvantages. Essentially, for the end user, the difference is negligible and comes down to laboratory results and figures from technical documents, which can differ in hundredths of basic units. 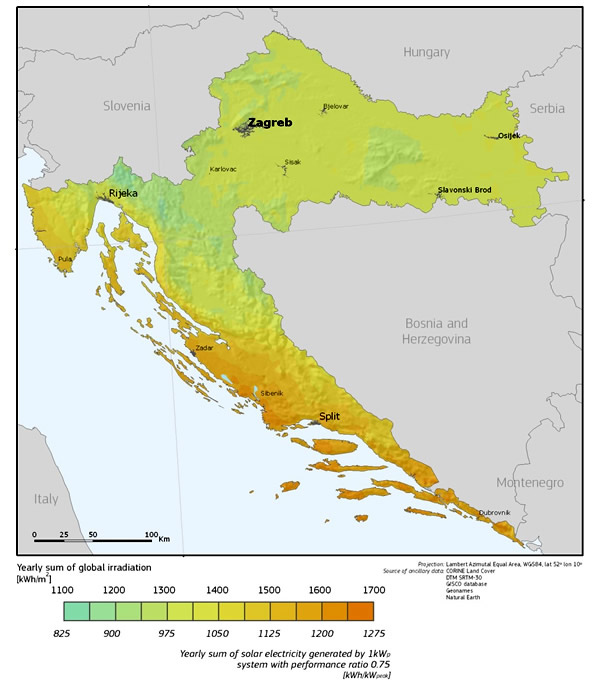